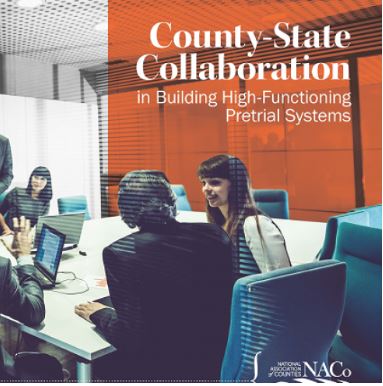 As part of the National Institute of Corrections' Evidence-Based Decision Making (EBDM) Initiative, the work of Wisconsin’s State and Local Teams is featured in a new resource, County-State Collaboration in Building High-Functioning Pretrial Systems, which was developed by the National Association of Counties (NACo) in partnership with NIC.  This resource summarizes the core elements contributing to the success of Indiana and Wisco

Following a competitive application process, Wisconsin has been invited to partner with the United States Department of Justice, National Institute of Corrections (NIC) to start Phase VI of the Evidence-Based Decision Making in State and Local Criminal Justice Systems Initiative (EBDM).

In September, as required under the state statute, the Wisconsin Department of Justice announced the recipients of Treatment Alternatives and Diversion (TAD) funding as a result of the calendar year 2017 competitive grant process.  The awards for calendar year 2017 represent the beginning of a new five-year funding cycle.

As a result of recent expansions of the Treatment Alternatives and Diversion (TAD) program to over $4 million annually, TAD projects are now operating in approximately half the jurisdictions in the state. TAD projects include a broad spectrum of activities ranging from pretrial diversion at the initial prosecutorial decision making stage,  to treatment courts, and alternatives to revocation, all based on local needs and project design requirements. 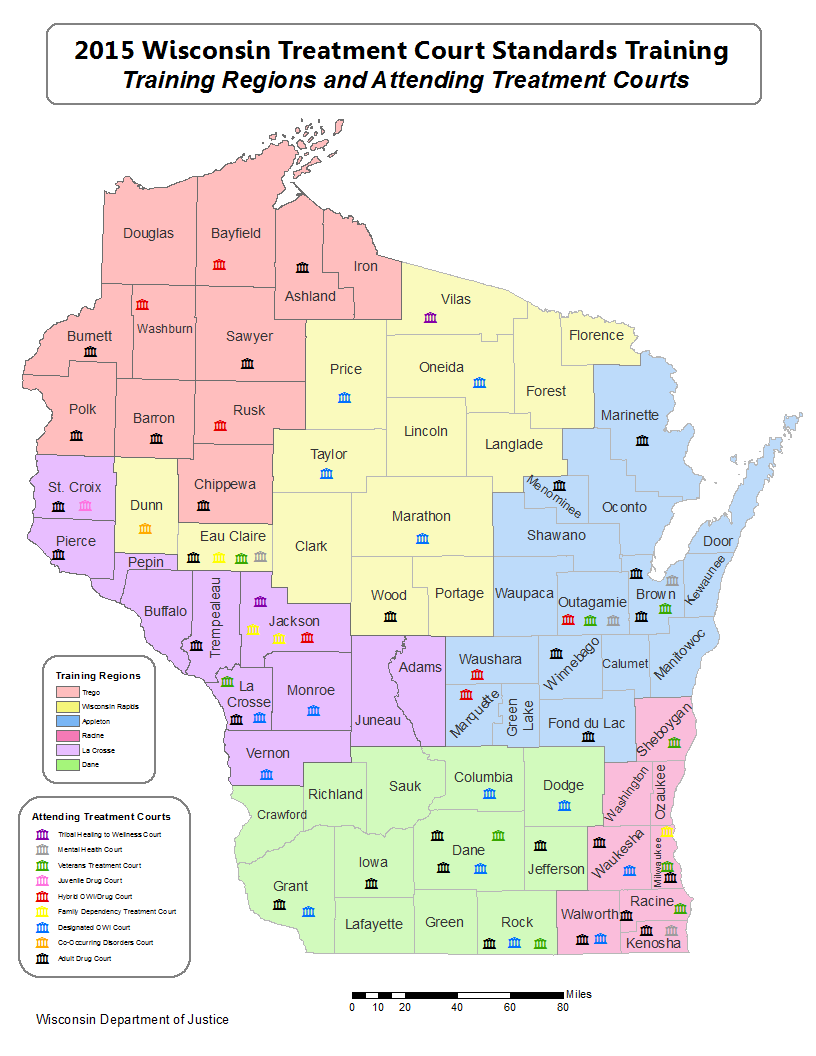 Throughout September and October 2015, local teams from counties and tribes across Wisconsin completed training designed to improve the functioning of their treatment court programs.  The training received an overwhelming response from treatment court teams around the state, as over 500 attended, representing 71 out of 74 fully operational treatment courts in Wisconsin.  This series of six trainings, held regionally across t

Over the course of the last year, the Data Sharing and Outcomes, Trends, and Indicators (OTIs) Subcommittee has been working towards the establishment of a framework for defining and measuring recidivism, which was requested by the State CJCC.  The subcommittee has been working to develop consistency in how recidivism is calculated across the state and to create a roadmap for what to consider and what to include when measuring recidivism. 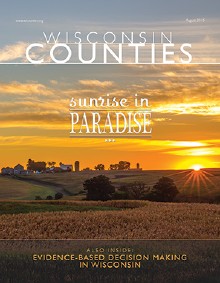 Wisconsin's work in the National Institute of Corrections' Evidence-Based Decision Making (EBDM) Initiative is featured in a series of articles in this month's Wisconsin Counties magazine.